The wrist has a structure consisting of 8 small bones that serve as a transition between the fingers and the wrist. They are connected with ligaments which hold these bones within suitable positions during movements.

Wrist ligament injuries are usually caused by a fall on the wrist or by traumas during various activities. After trauma, the wrist usually swells and sometimes bruising may occur. Usually there is pain movement. 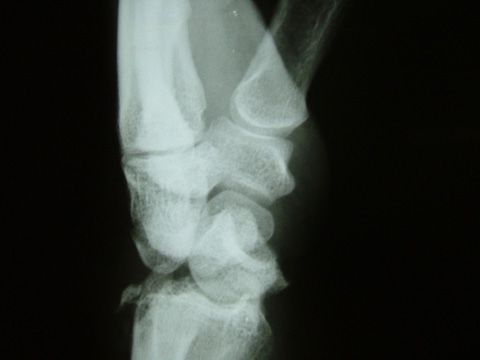 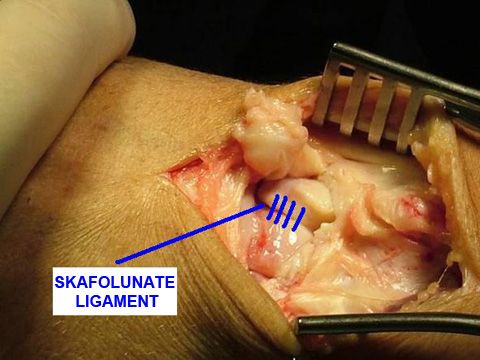 If the ligament injuries without fracture is ignored, it leads to more serious problems in the future.

The most damaged ligament in the wrist is called Skafolunate ligament, which is one of the ligaments that provide the main coordination of the bones in the wrist.

Sensitivity is detected on the thumb side of the wrist during the examination. Occasionally, abnormal sounds can occur during wrist movements. X-ray examination is performed to examine the sequence and position changes between the wrist bones. MR Imaging and computerized tomography is required for the diagnosis.

Sometimes open surgical procedure may be decided after the arthroscopic surgery. During open surgery, ligament repair may be performed with pin, screw application or with various methods.

For the patients who apply continuous wrist pain which pain which has occured before with significant wrist bone displacements, position of bones, the injury level of the ligament and whether cartilage damage is present ar investigated. Wrist splint and painkiller medicine treatments can be applied to relieve symptoms. Surgically, the pin, screw can be applied. A wide variety of ligament repairs can be made with the help of ligament from other places. One of the most important treatment options is the freezing (combining) of some parts of the wrist bones. If the cartilage is damaged, or if previous treatments have been unsuccessful, complete freezing of the wirst, removal of upper bones (proximal row carpectomy) the wrist prostheses developed and applied in recent years are among the treatment options. In order to ensure that, the treatment should be done correctly in the early stages. before the disease progress to these stages.

The wrist is a very complex structure. Unsuccessful results may occur during treatment due to abnormal position changes, especially in chronic cases. Recurrent operations may be required due to wrist movement limitations, ongoing pain complaints. Even if the problem is small, it may be difficult to find solutions especially in delayed cases.