Polydactyly is called presence of more fingers than the normal which is observed in the thumb, small finger or rarely middle fingers. It is frequently seen either in hand or in the foot (Figure 1). Polydactyly is one of frequent upper extremity abnormalities. Mostly we observe extra thumb and second, related with the fifth finger.

Thumb polydactyly is observed in 8 of 100,000 live birth (Figure 2,3). Excess thumb is observed at every level of the finger, approximately 45% of cases is from the first joint and 15-20% from the second joint. Surgical treatment should be taken to the agenda when medical conditions are suitable after the age of one. As a treatment approach, weak and less functioned finger is removed. If the excess finger has some functions and movements even limited, tendons that provide to make them is transferred to the finger that will be protected. If no difference can be observed between double fingers, combining may be done by knitting bones of the two fingers in cases that the problem is especially in the end. 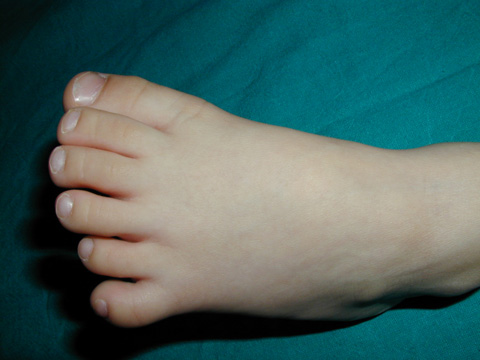 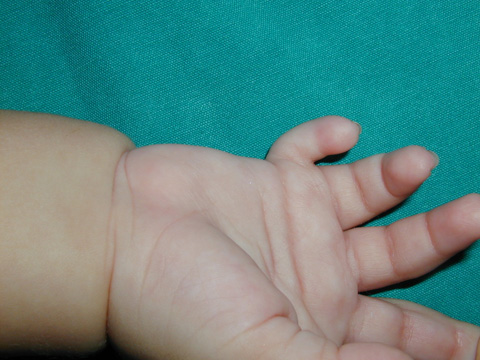 The valid criteria for selection of the finger that will be excised is to protect the best developed finger same as the thumb polydactyly. To tie the skin extension part with a rope and to provide to fall by itself is a method which is very popular in the public. These small parts include vascular structures that are bounded to the hand. When they are tied up, circulation will be destroyed and they may cause infection development. Sometimes, they may cause bleeding that is not expected during auto-amputation. Therefore this method should not be applied. 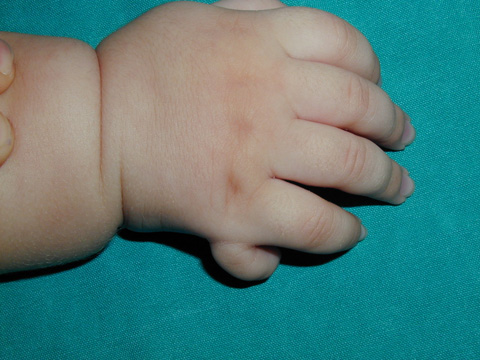